Norway: Svalbard Lifts the Quarantine and Testing Requirements, & A Majority of COVID-19 Measures

The Norwegian Ministry of Health has announced that the majority of requirements regarding Svalbard including testing and quarantine, which were in place because of the Coronavirus and the new strains of it are now removed. 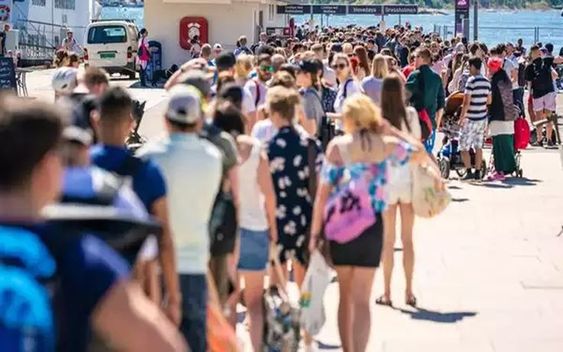 The Norwegian Ministry of Health has announced that the majority of requirements regarding Svalbard including testing and quarantine, which were in place because of the Coronavirus and the new strains of it are now removed.

This decision is an effort to make it easier to follow the entry regulations as well as other restrictions to avoid further damage from the virus in a variety of sectors, including the tourism and travel industry.

So, the authorities of Norway have declared that the requirement for testing prior to arriving in Svalbard and after arrival has been removed.

However, the Norwegian government has stressed that non-vaccinated travelers from other countries must be aware of the rules for entry because they are subject to specific rules when they plan to visit Norway.

The announcement from the Ministry of Health also announced the quarantine requirement that was mandatory for those who plan to travel to Svalbard is also gone.

In the Ministry of Health, Ingvild Kjerkol has emphasized that those who haven't completed their vaccination against the virus are exposed to a higher risk than those who are vaccinated of getting ill when they come back negative for the disease.

"They should think about their choices before making a trip to Svalbard. The health care system on Svalbard is not extensive and there is an extended transport route to the mainland. If there is serious illness on Svalbard it is not possible to receive the same level of comprehensive and high-quality health care you might receive on the mainland."

After the Coronavirus epidemic in Norway and in other countries, the authorities in Svalbard have maintained various measures since the beginning of the epidemic, which was imposed to stop the spreading of disease and its latest varieties. In a statement, the minister of Justice and Emergency Management, Emilie Enger Mehl, said that she is happy the measures were finally removed.

"Even even though the epidemic isn't finished, and health preparedness of Svalbard remains vulnerable but the chance that covid-19-related infections can cause a significant burden on the health of the island is significantly lower today than it was before the outbreak. Thus, we can make these changes right now that will be beneficial to the Svalbard community as well as for the local business community."

Based on the data given in the report of WHO World Health Organisation (WHO) according to WHO figures, 1,242,202 individuals have been tested positively for Coronavirus Norway and 1,598 have been killed.

The numbers that have been released by WHO have also revealed that 74,696 persons have contracted the Coronavirus within Norway within the last seven days and that one person died from the virus at the same time.

Norway Tells Its Citizens to Refrain From Travelling to Shanghai After...

COVID-19 Situation in EU Worse Than Ever, as Commission Proposes New Travel...