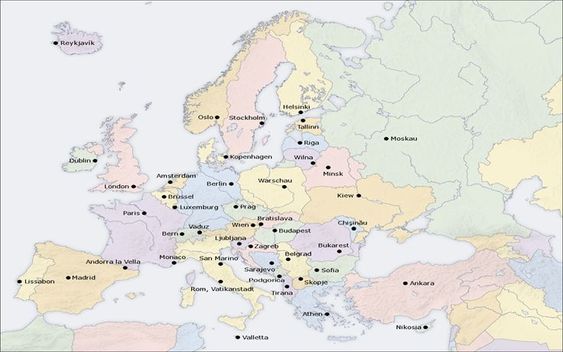 Many European countries have opened their borders to travelers in the COVID-19 pandemic. The European Center for Disease Prevention and Control has encouraged some travel while urging against others.

This mixed call is from the ECDC, after many EU countries have stable COVID-19 situations, while others are still severely affected.

The latest ECDC update shows that there are more countries where it is safe to travel. Travelers are now encouraged to visit the following countries or regions, which are on the green list.

After registering a lower than one percent test positivity rate and identifying less than 75 COVID-19 infections per 100,000 people in the past 14 days, the above-mentioned countries and regions were added to the green list.

ECDC, however, has strongly discouraged travel from all countries/regions on the dark red list because of the high risk of contracting the disease.

ECDC issued a warning last week about travel to popular Greek islands like Mykonos and Santorini.

Apart from the mentioned countries and islands, three French regions are also included in the dark red category. This means that it is recommended to travel to the country only for essential purposes.

Dark-red countries include the West and North West regions of Ireland.

ECDC also placed countries with fewer than 200 COVID-19-related cases in the past 14 days on its red list. Travel to any country on the red-list is strongly discouraged, just like the dark red list.

The following countries/regions, based on data from ECDC, are included in the red list

The yellow list includes the countries/regions that are listed below.

It is not as discouraged to travel to these countries or regions as the ones in dark red.